The Adventures of Bayou Billy NES 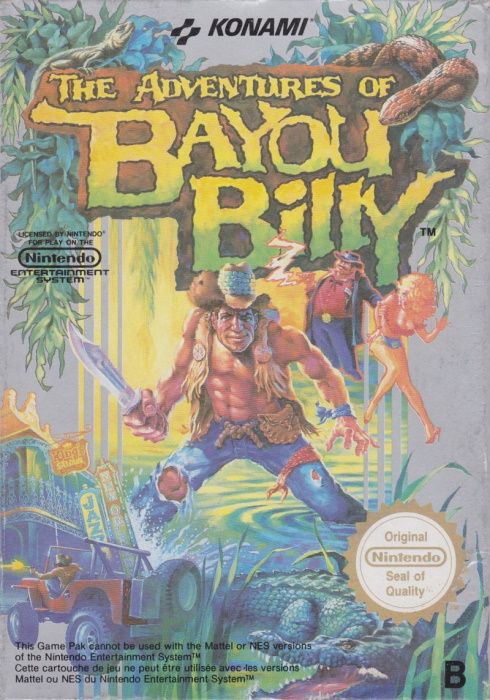 *The Adventures of Bayou Billy is an action game released by Konami for the Nintendo Entertainment System in North America in 1989 and in the PAL region in 1991. It is a revised version of the 1988 Family Computer game Mad City (マッド・シティ), which has been modified with many graphical changes and an increase in the game's difficulty level. The game employs various play styles that were popular at the time such as beat 'em up, light gun shooting and racing.

Bayou Billy also received some amount of exposure on the Nintendo-themed animated TV series Captain N: The Game Master, where Bayou Billy appears in an episode titled "How's Bayou", voiced by Garry Chalk. Playing on the difficulty of its real world counterpart, Bayou Billy was said to be the one game even Captain N was unable to conquer yet. Mother Brain had Dr. Wily build a robot cat to have Duke lead Captain N to Bayou Billy's world. Captain N ended up meeting Bayou Billy where he learned some tricks from him.