The Adventures of Tom Sawyer NES 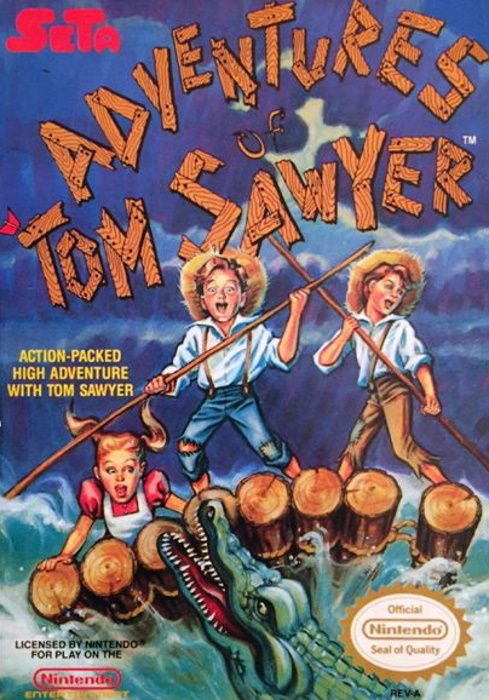 Click the button below to buy The Adventures of Tom Sawyer NES.

The Adventures of Tom Sawyer is a platformer similar to The Goonies 1 or 2, wherein one plays as Tom Sawyer. The game is not to be confused with Square's Tom Sawyer. Inexplicably, the level order is changed in the English version (perhaps so as not to confuse players by starting with the rafting stage). The Japanese original's level 5, the pirate ship, is the English version's level 1, both making the beginning of the game much more difficult, and making the plot incohesive.