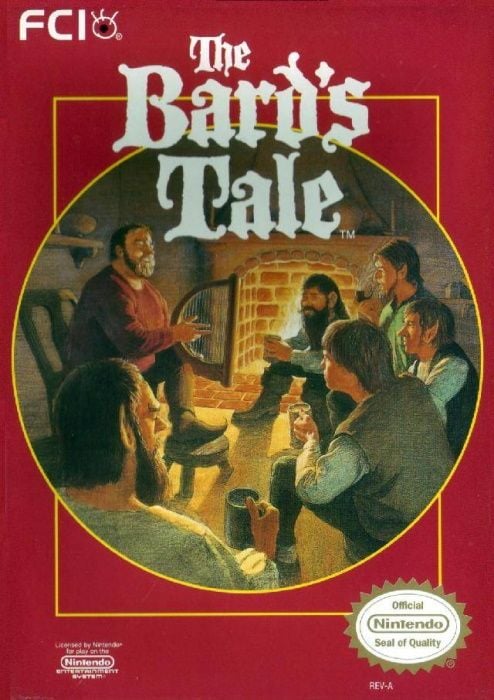 Click the button below to buy The Bard's Tale NES.

*Tales of the Unknown: Volume I, better known by its subtitle The Bard's Tale, is a fantasy role-playing video game designed and programmed by Michael Cranford, produced by Interplay Productions in 1985, and distributed by Electronic Arts. It spawned The Bard's Tale series of games and books.

The Bard's Tale was noteworthy among other role-playing computer games at the time for its unprecedented 3D graphics and partly animated character portraits.

It was originally released for the Apple II, and was also ported to the Commodore 64, Apple IIgs, ZX Spectrum, Amstrad CPC, Amiga, Atari ST, MS-DOS, Macintosh, and NES platforms. In August 2018, a remastered version was released for Microsoft Windows, followed by the Xbox One release in 2019.