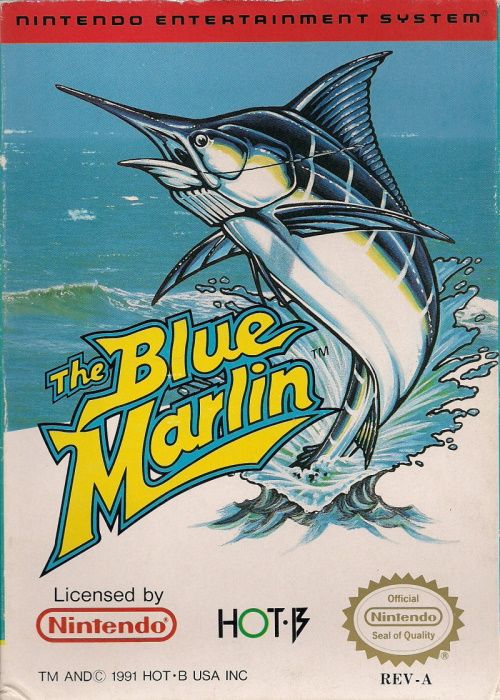 *The Blue Marlin (ザ‧ブルーマリーン) is a 1991 fishing video game developed and published by Hot B for the Nintendo Entertainment System (NES). Following in the tradition of its predecessors, The Black Bass for MSX and The Black Bass for NES, the objective is to win a tournament by catching the largest fish in the time allotted. The Blue Marlin features four tournament rounds (one in Florida and the other three in Hawaii). It was re-released in 2016 as a built-in game for the Retro-Bit Generations retro video game console.

The Blue Marlin features a password system to save the player's progress. A password is generated at the end of every tournament round, and after the tournament is completed (with the player victorious). If the player uses this password to begin a new tournament, they can start over with all of their attributes from their previous game.