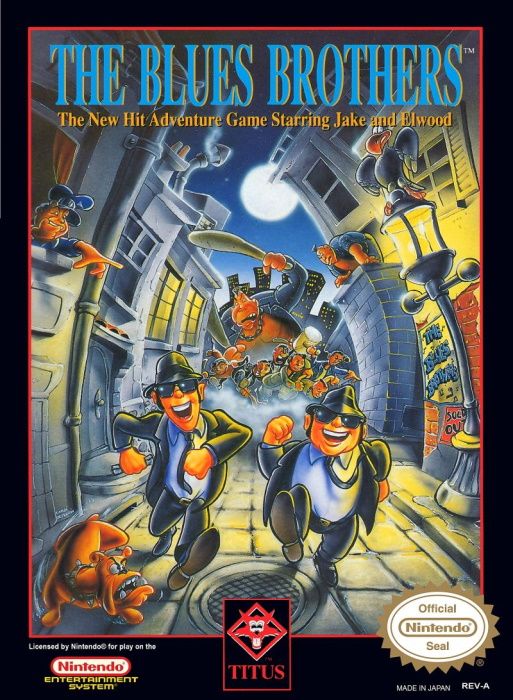 *The Blues Brothers is a video game based on the band The Blues Brothers, where the object is to evade police in order to make it to a blues concert. The game was released for IBM PC, Amstrad CPC, Amiga, Commodore 64 and Atari ST in 1991, for the NES in 1992, for the SNES in 1993 and for the Game Boy in 1992. It was created by Titus France. A sequel, The Blues Brothers: Jukebox Adventure, was released for DOS and for the Game Boy in 1994. The theme music of the video game was an electronic arrangement of Peter Gunn song.

The game's soundtrack consists of music from the movie. Dimitris Yerasimos composed the music for all versions of the game except for Blues Brothers: Jukebox Adventure on Game Boy, where Thorsten Mitschele composed the music.