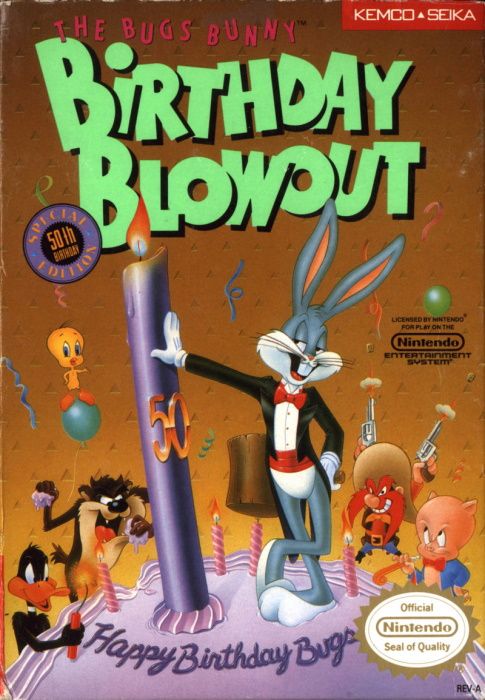 The game is a side-scrolling adventure game where players control Bugs Bunny on a quest to get to his 50th birthday party. He is armed with a mallet that he can swing at various enemies to defeat them, deflect certain projectiles or destroy bricks. He can also collect hearts to restore his health and carrots for bonus points. He can also land on top of enemies without getting damaged. At the end of most levels, Bugs Bunny has to use his mallet to defeat a Warner Brothers cartoon character such as Foghorn Leghorn, Sylvester, or the Tasmanian Devil.