They Live is a 1988 American science fiction action thriller film written and directed by John Carpenter, and based on the 1963 short story "Eight O'Clock in the Morning" by Ray Nelson. It follows an unnamed drifter played by Roddy Piper, who discovers that the ruling class are aliens concealing their appearance and manipulating people to spend money, breed, and accept the status quo with subliminal messages in mass media.

The film was a minor success at the time of its release, debuting #1 at the North American box office. It originally received negative reviews criticizing its social commentary, writing and acting. However, like other films of Carpenter, it later enjoyed a cult following and eventually became recognized as a largely underrated work. The film has also entered popular culture, and notably had a lasting impact on street art (particularly that of Shepard Fairey), while its near six-minute alley brawl between the protagonists makes appearances on all-time lists for best fight scenes. 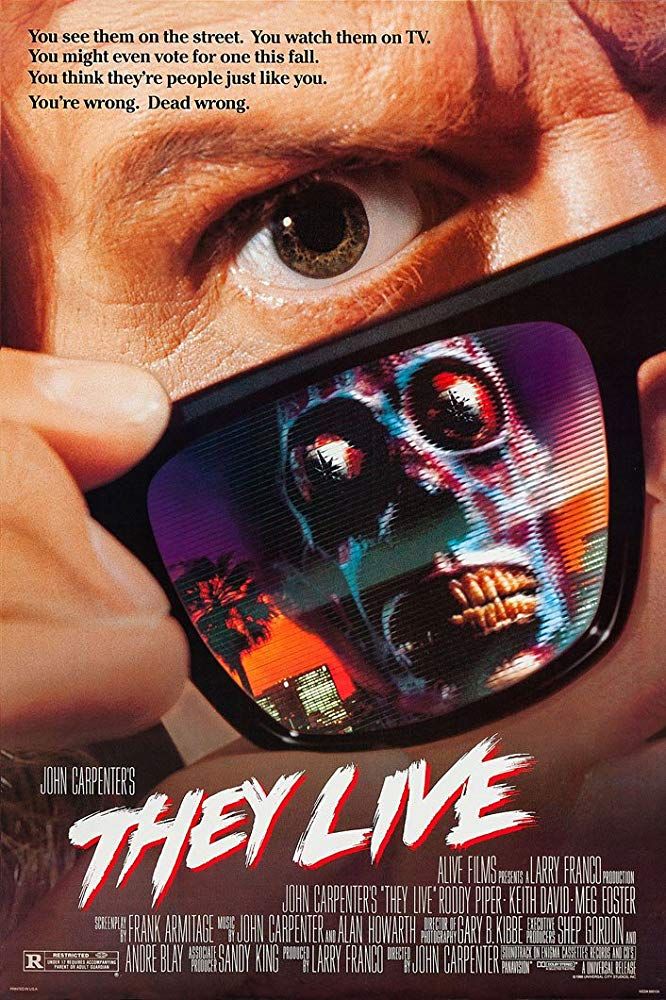 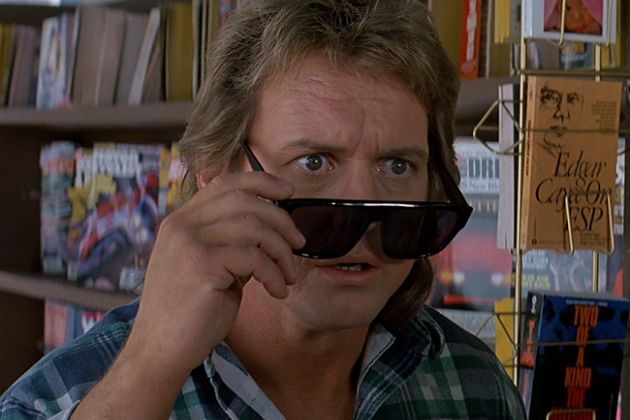 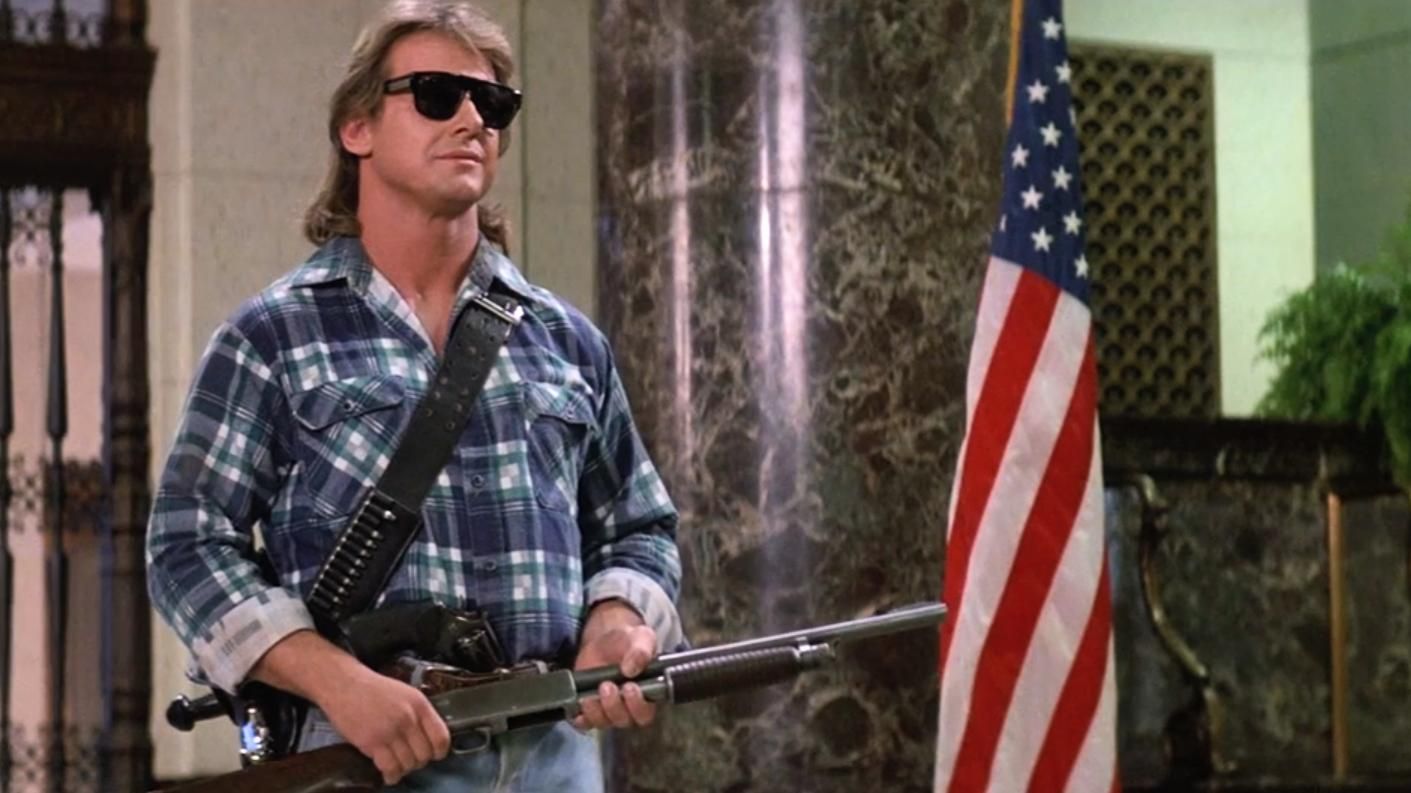 "I have come here to chew bubblegum and kick ass... and I'm all out of bubblegum."

"You see, I take these glasses off, she looks like a regular person, doesn't she? Put 'em back on... ...formaldehyde-face!"

Click a button below to buy They Live from Amazon