Click one of the buttons below to purchase this Train Simulator DLC. Different vendors often have sales at different times, always check all vendors for the LNER Class A3 ‘Flying Scotsman’ lowest price.

The Flying Scotsman is one of the most famous locomotives in the world, and you can drive this beautiful steamer on your own railway lines in Train Simulator.

The Flying Scotsman has become a legend of the rail world. Destined for fame from the very beginning, Flying Scotsman entered service in 1923 as the figurehead of the Kings Cross to Edinburgh express service, and has since broken numerous records including being the first steam locomotive to top 100mph, way back in 1934. Designed by Sir Nigel Gresley, this 97-ton A3-class locomotive has remained an icon, hauling express passenger trains for 40 years and remaining incredibly busy even after retirement. Flying Scotsman has toured the world, breaking more records along the way, and over 80 years after entering service is in the care of the National Railway Museum in York, UK. Flying Scotsman for Train Simulator includes the famous double tender version as well as LNER Apple Gren and BR Brunswick Green liveries.

Dovetail Games would like to express sincere thanks for the invaluable assistance provided by all the staff at the National Railway Museum in the creation of the Flying Scotsman add-on. 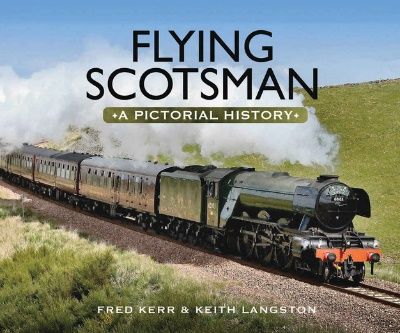