Click one of the buttons below to purchase this Train Simulator DLC. Different vendors often have sales at different times, always check all vendors for the Norfolk Southern GP38-2 High Hood lowest price.

As the successor to the previous GP38, more than 2,000 GP38-2 models were built by General Motors between 1972 and 1986. The majority of models were put into service on US railroads, although some were exported to Canada, Mexico and Saudi Arabia.

Their modest power output of 2,000 horsepower from a 16 cylinder engine saw them classified as road switchers, but were adequately able to haul light freight across the US railroad network. Many remain in service today, more than 40 years after entering service.

Most GP38-2 locomotives were built with a low hood, although some were built in high hood variant, as portrayed in the EMD GP38-2 for Train Simulator, which comes in Norfolk Southern black and thoroughbred liveries. Also included are low gondola freight cars, NS box cars and flat cars.

The locomotive is also Quick Drive compatible, giving you the freedom to drive the Norfolk Southern GP38-2 High Hood on any Quick Drive enabled route for Train Simulator, such as those available through Steam.

Image by Railfan Jack and used under Creative Commons license. 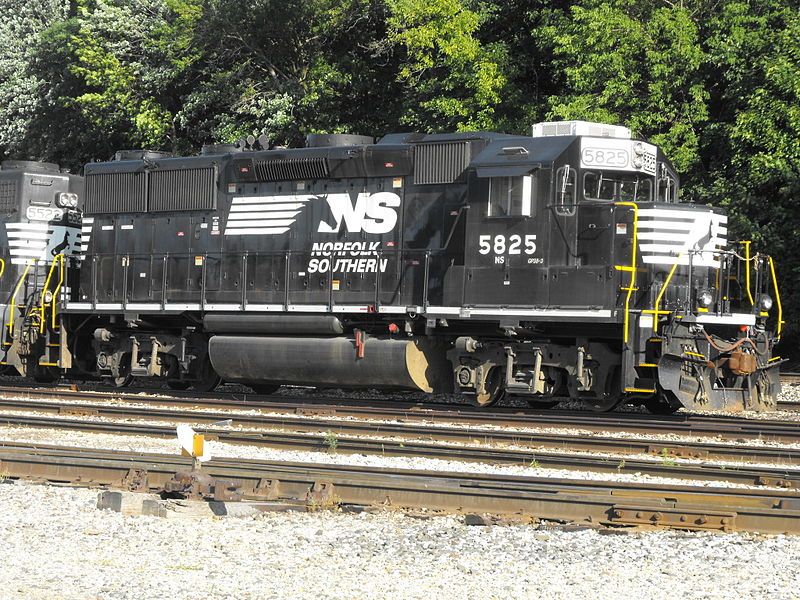