The successful line of Electro-Motive GP-series locomotives (nicknamed “Geeps”) was in production for more than four decades, and the most powerful rendition of the Geep – the 3,800-horsepower GP60 – is now available for Train Simulator in Norfolk Southern livery!

Electro-Motive’s landmark line of GP-series, four-axle (B-B) road-switchers made its debut in 1949 with the 1,500-horsepower GP7. Over the following four-and-a-half decades, nearly 17,000 Geeps in 30 different models were built, and the line culminated with the GP60, which was produced from 1985 through 1994. Today, thousands of EMD’s classic Geeps remain in service across North America for railroads large and small.

The GP60 was successor to the highly successful GP40-2 and transitional GP50. The most fundamental difference between the GP60 and its predecessors was the GP60’s employment of EMD’s 710-series 16-cylinder power plant which, at 3,800-horsepower, also made the GP60 the most powerful Geep ever constructed. Introduced in an era when North America’s railroad ever-more preferred six-axle motive power, the GP60 would garner 294 orders from seven buyers over its production life, while customized editions would account for an additional 86 unit-sales.

Norfolk Southern acquired 50 GP60s in 1991-1992, which were assigned NS 7100-series road-numbers and dressed in the railroad’s attractive livery.

Click the button below to purchase this Train Simulator DLC

Image by Ildar Sagdejev and used under Creative Commons license. 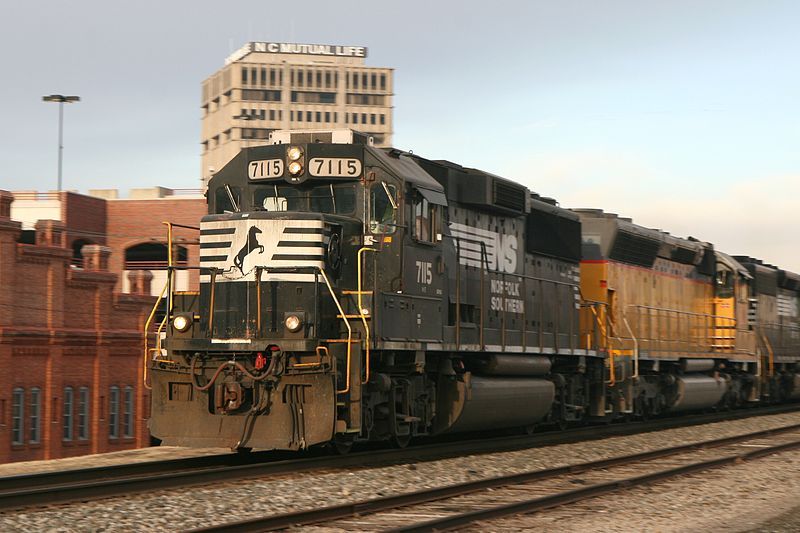