Click one of the buttons below to purchase this Train Simulator DLC. Different vendors often have sales at different times, always check all vendors for the Union Pacific Big Boy lowest price.

The Union Pacific Railroad’s Big Boy 4-8-8-4 steam locomotive is undoubtedly the beast of American railroading history, and this epitome of heavy haulage is now available for Train Simulator with a number of challenging scenarios for the Sherman Hill route.

In the early 1940s, Union Pacific Railroad (UP) sought to build a locomotive capable of hauling heavy freight trains across Wyoming without the need for double heading and helper operations over the 1.55% gradient of Sherman Hill and the Wasatch mountain region. Adaptations of the previous Challenger Class locomotives showed that larger fireboxes, longer boilers and more driving wheels achieved their aims. What followed was the monster Big Boy with its articulated wheel configuration, huge water tank and 68in (173cm) driving wheels.

In 1941, Alco Locomotive Works delivered 20 Big Boys and another five were put into service in 1944. Although rarely run at such a speed, the Big Boy was capable of an 80mph top speed and towards the end of their life were regularly hauling more than 4,000 tons up the Wasatch gradient unassisted. The last revenue service by a Big Boy was in July 1959 and eight of the original 25 locomotives have been preserved in the USA.

Image by RFM57 and used under Creative Commons license. 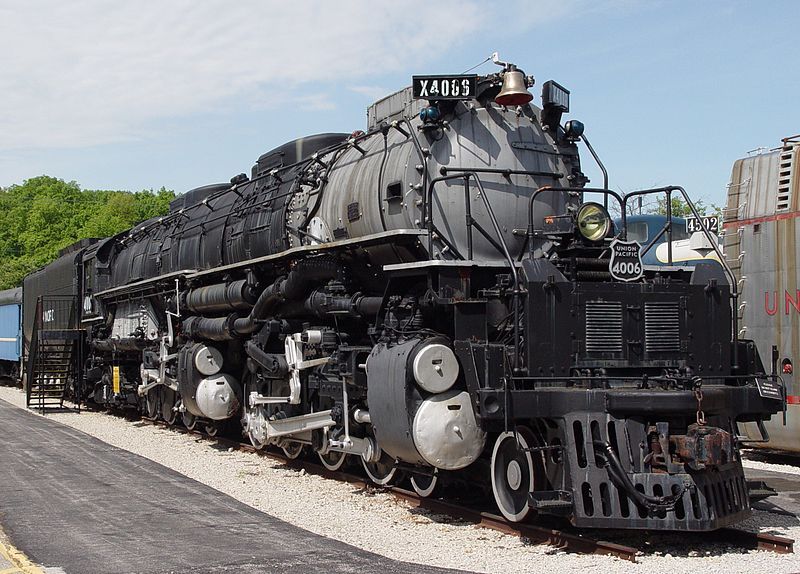