The 98 mile long West Highland Line between Helensburgh and Fort William is arguably one of the most scenic railway lines in the British Isles.

The line was built by the West Highland Railway and opened in 1894, giving Fort William a vital link to Glasgow and the rest of the UK. Unlike other major railway routes, the West Highland Line was built to follow the contours of the terrain rather than having expensive large viaducts, giving the unique feel and stunning scenery that so many enjoy today.

Starting at Helensburgh Upper Station above the River Clyde, the route follows the shore of Gare Loch, passing the closed stations at Rhu and Shandon, and the naval base at Faslane. The first traditional West Highland Railway station is at Garelochead Station, before the line turns away from Loch Long for Glen Douglas, the first summit on the line; here, there is also a rail-served MOD munitions depot.

From Arrochar and Tarbet Station, the line follows the famous Loch Lomond, crossing Creag an Ardain Viaduct, before starting the climb to Glen Falloch Summit. The following miles see the line ascend and descend the many summits found on the line, including Rannoch Moor and Corrour Summit, and passing through the UK’s only snow shed at Cruach.

From Corrour, the line starts its long descent towards Fort William, passing the Treig Dam and through Tulloch, the Monessie Gorge and Spean Bridge, before arriving in Fort William itself.

Throughout the line's history there have only ever been three to four passenger trains per day from Glasgow to Fort William. South of Crianlarich, the number of trains increased when BR closed the Crianlarich to Stirling line in 1965 and rerouted the Glasgow to Oban trains over the West Highland Line south of Crianlarich.

The line has always been a popular route for railtours and excursion trains which still run, mainly during the summer, even today. The line has also seen a surprising amount of local freight for a rural line, due to the poor road connections. Freight customers included the MOD base at Glen Douglas, logs from Arrochar and Crianlarich, the aluminium smelter and the oil terminal at Fort William, as well as the paper mill at Corpach.

The West Highland Line (South) route for Train Simulator, developed by Milepost Simulations, is set in the early 1980s when the line still had semaphore signalling before Radio Electric Token Block (RETB) was installed. Rolling stock included with the route includes the English Electric Type 3 Class 37/0, a mainstay of locomotive power designed for both freight and passenger services. Accompanying the Class 37/0 are Mk1 passenger coaches in BR blue/grey livery and freight wagons, including OAA, OCA, VDA and YGH wagons with various loads. 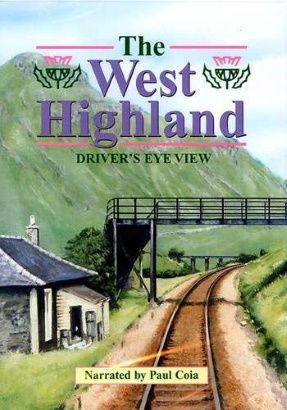