The high-powered GP50 from EMD is now available for Train Simulator in Union Pacific livery.

The GP50 was the first model built by General Motors’ Electro-Motive Division to be equipped with microprocessor controls, similar to GE’s Dash 8 Series, which EMD saw as the main competitor to its own four-axle model. Powered by a 16-cylinder diesel engine, a total of 278 models were built between 1980 and 1985.

The first railroad to take delivery was the Chicago and North Western Railroad, who saw the locomotives as power for high-priority trains such as intermodal services. Soon after, the Missouri Pacific Railroad, Southern Railway, and the Atchison, Topeka and Santa Fe Railway took delivery of GP50s, and although many of these railroads have since been absorbed, all GP50s remain in service today.

The EMD GP50 for Train Simulator, developed by DigitalTrainModel, is available in Union Pacific livery and features opening cab doors and windows, numberboard and platform lighting, and dynamic braking.

Image by Sean Lamb and used under Creative Commons license. 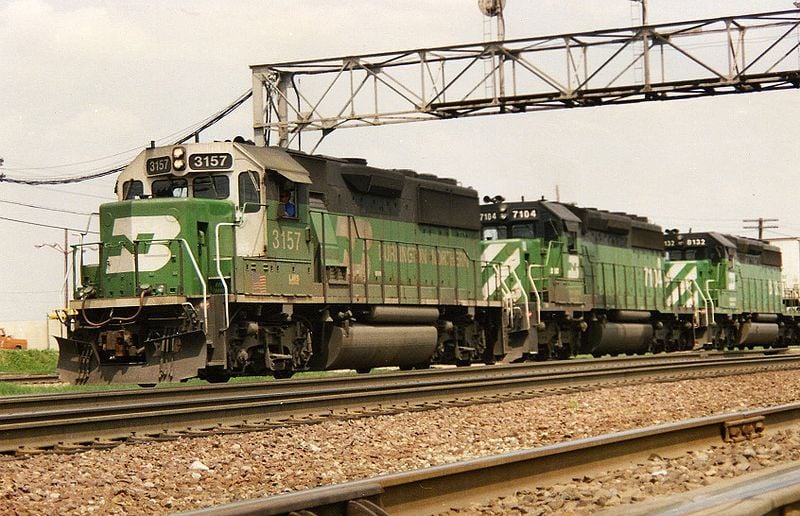