Click one of the buttons below to purchase this Train Simulator DLC. Different vendors often have sales at different times, always check all vendors for the PRR GG1 lowest price.

The GG1 electric locomotive is a true icon of North American railroading, and now you can drive this impressive loco in Train Simulator!

The fantastic, futuristic shape of the GG1 has been instantly recognizable to rail fans around the world since it first rolled out onto the Pennsylvania Railroad in 1935. The GG1 (so named because it ran on an articulated pair of 4-6-0 frames, or ‘G’ frames in PRR terminology) was built by General Electric to run on 11,000 volts AC supplied by overhead power lines. It had twin crew cabs positioned some distance from either end of the loco with small windows for forward vision, giving a driving compartment much like conventional steam locomotives. The GG1 was a truly impressive locomotive, measuring over 79 feet long and weighing in at 475,000 pounds (215 metric tons), and capable of 100mph on lines like the Northeast Corridor. 140 were built for the PRR, eventually passing into new ownership and continuing to work for Amtrak, Conrail and Penn Central with several remaining in preservation today. 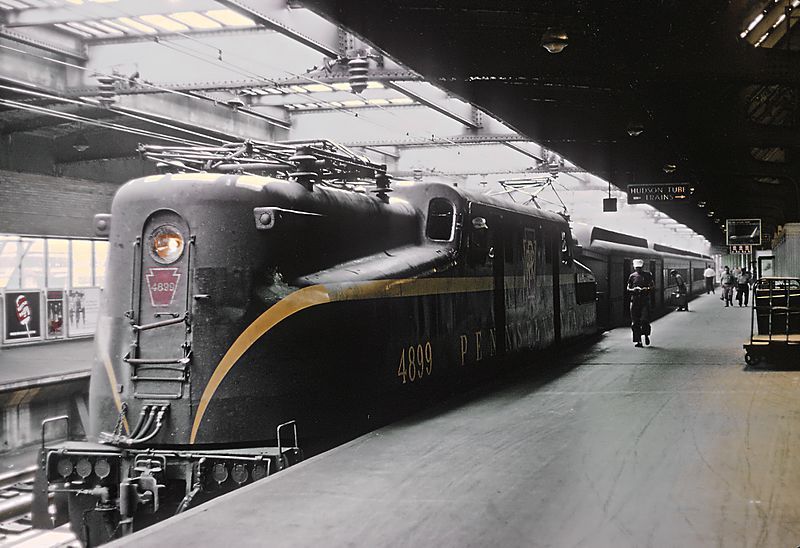