The Southern Pacific GS-4 is one of the United States’ most iconic steam locomotives, and these colourful steamers are available for you to drive in Train Simulator.

Southern Pacific ordered a total of 28 Class GS-4 ("Golden State") locomotives from Lima Locomotive Works, with streamlined Daylight livery. The GS-4s began to be delivered to the railroad in 1941. Locomotive 4449 was retired in 1957 and was restored to operational condition and repainted into red, white and blue as part of the USA's bi-centennial celebrations.

Four versions of the Southern Pacific GS-4 are included in this pack, including the famous Daylight livery, so you can drive this wonderful art deco locomotive in both preserved and original working condition. 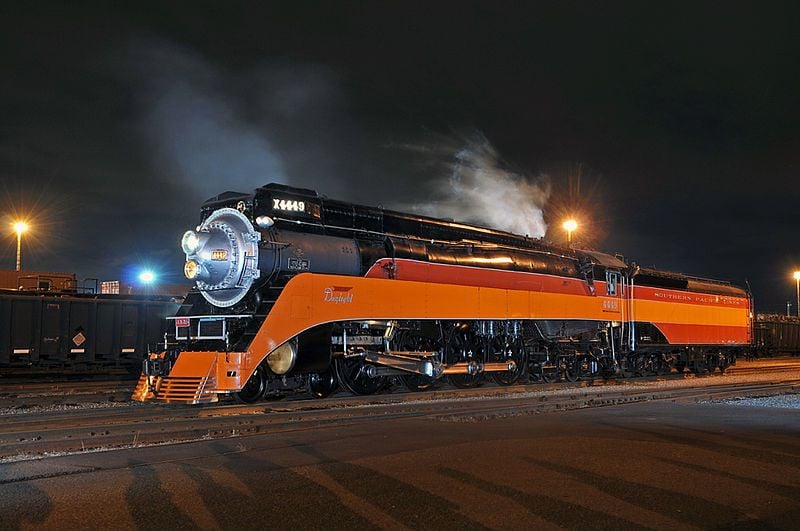