The EMD DDA40X comes to Train Simulator, and talk about arriving in style - with 6,600hp and a mammoth length of 98ft, the DDA40X says it loud and clear: 'if you're gonna have a locomotive, have a LOCOMOTIVE!'.

The giant DDA40X first ran in 1969, when Union Pacific was getting ready to retire its fleet of gas turbine locomotives and wanted to move its diesel technology forward. Given an 'X' suffix for 'eXperimental', the DDA40X (re-designated DD40X by the Union Pacific Railroad) was introduced not only to haul heavy freight trains, but also to act as a test bed for new systems which would soon be found on other EMD locomotives. Externally, the most obvious new design was the full-width or ‘Comfort’ cab, which became commonplace across the EMD range. This giant loco also earned the nickname 'Centennial' after it hauled the Gold Spike Ltd on May 10 1969.

At 98 feet long and with 6,600hp, the DDA40X has real rail presence. Developed by Digital Train Model, the locomotive includes many realistic features such as cab lights, step lights, number board lights and folding mirrors. Three variations are modelled, including the preserved #6936.

Image by Nate Beal and used under Creative Commons license. 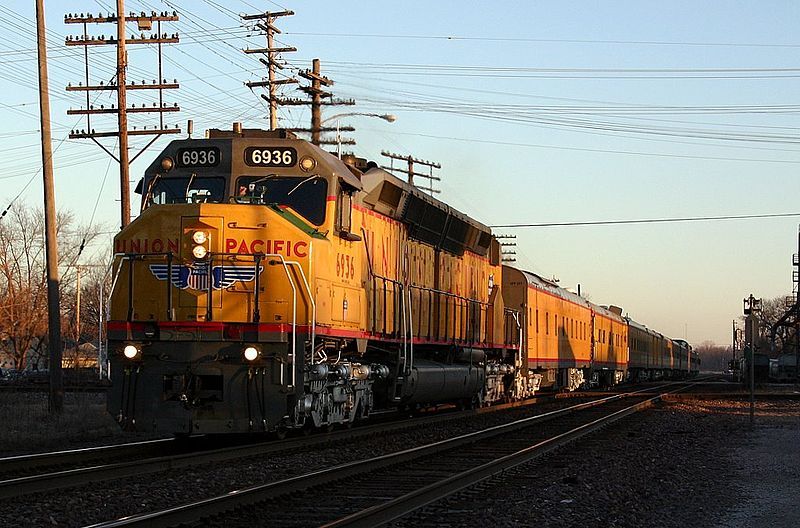